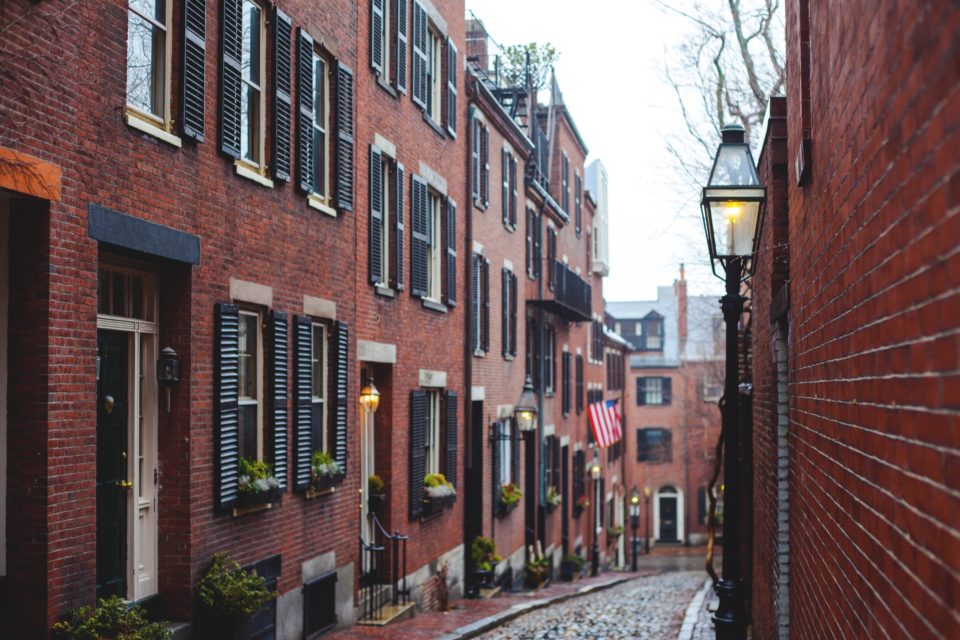 City break (noun): a short holiday spent in a city, such as when on business travel.

Before there was bleisure travel, there was the city break—the short space of leisure time that grants you access to the cultural and culinary amenities that big cities offer. In this series from TripIt, we explore some of the world’s best cities for planning a quick getaway or extending a work trip.

Here are our tips for making the most of your city break in Boston.

Where to fly in

Thanks to Amtrak, Boston is also easily accessible from many cities in the Northeast—like New York City, Philadelphia, and Washington, D.C.—via train.

As for your ground transportation options from Logan, cabs and ride shares are available upon arrival. Alternatively, travelers can take public transportation from the airport to downtown Boston via the Massachusetts Bay Transportation Authority, or MBTA, Blue Line Subway service or Silver Line Bus Rapid Transit. The Silver Line is free from Logan to South Station and includes a free Red Line transfer.

Where to stay during your city break

From boutique to luxury to no frills, there’s a hotel for every budget in Boston. If you’re opting for a luxury experience, look no further than the Mandarin Oriental Boston with its marble lobby and skyline views.

If you’re attending an event at the Boston Convention and Exhibition Center, you can’t beat the convenience of The Westin Boston Waterfront. After your conference, you’re just a short walk from attractions like the Boston Tea Party Ships & Museum and the Institute of Contemporary Art, as well as many waterfront restaurants in the Seaport District.

If a hotel in a prime Boston location is what you’re after, look no further than the Fairmont Copley Plaza. This historic Back Bay hotel is within walking distance to popular Boston attractions like Newbury Street, Beacon Hill, and the Boston Public Library.

In need of event space? The Hyatt Regency Boston has 30,000 square feet of conference and meeting room space available. Business travelers will appreciate the in-room laptop-compatible desks and on-site business center. Guests can also get a workout in the indoor swimming pool or relax in the hotel sauna.

Looking for more budget-friendly digs? Consider an Airbnb. Vacation rentals are often a more affordable option, even in the busy summer months.

How to get around

The MBTA Subway Line, affectionately known as the T, has four main lines—the Red Line, Orange Line, Green Line, and Blue Line—that traverse the city. Travelers can also catch the Commuter Rail and ferries for journeys outside the city limits.

One-way fares, 1-Day passes and 7-Day passes are available for all of the transit systems. Determining which one is right for you depends not only on the duration of your stay in Boston, but also which parts of the city you’ll need to travel to. The MBTA recommends a CharlieTicket for visitors as it grants access to all of the subway, bus, Commuter Rail, and ferry systems. CharlieTickets can be purchased at any subway station.

Ride shares like Uber and Lyft are also available throughout the city.

Pro tip: Use TripIt’s Navigator feature to search transportation options available to you. It will show you the estimated costs and travel times for each option, so you can decide which works best. You can find Navigator within your flight, hotel, and rental car details screens. Plus, if you add a restaurant reservation to your itinerary (more on where to eat below), Navigator also helps you find the best transportation options for getting to your table.

Start your morning on a high note with brunch at The Friendly Toast. Located in Boston’s Back Bay, this go-to spot serves classic breakfast dishes all week long.

Craving Italian? Our top picks are Giacomo’s Ristorante or Bricco Ristorante and Enoteca, both located in the North End.

In search of seafood? You won’t need to look far—you’re in New England, after all! Choose from sought-after spots like Atlantic Fish Co., ROW 34, and Neptune Oyster. For surf and turf options, head to Abe and Louie’s, brought to you by the same restaurant group as Atlantic Fish Co. Or, experience Mooo…. in Beacon Hill for a modern take on steak.

Still undecided? There’s Ruka in Downtown Crossing for Peruvian-Japanese fusion or Lolita Cocina & Tequila Bar in the Back Bay for Mexican cuisine—just be sure to make a reservation ahead of time. Or, take the T to Cambridge and visit Oleana for small plates, big Middle Eastern flavors, and an outdoor patio you’ll never want to vacate.

What to do on your city break

If you’re a sports fan, you’ve certainly come to the right city. If you’re visiting Boston during baseball season, be sure to catch a Red Sox game at Fenway Park. Our advice? Opt for a seat atop the Green Monster, Fenway’s towering left field wall. Just make sure you call it the ‘Green Monstah’ if you want to blend in with the locals.

Not really into baseball? Hockey fans can enjoy a Boston Bruins game at The Garden; the Celtics also play there, for those who prefer NBA basketball. Last but not least, football fans can head to the home of the New England Patriots—Gillette Stadium is located about 35 minutes outside the city. On game days, you can take the Gillette Stadium Train (also called the Patriot Train) from Boston right to the stadium.

If you’re lucky enough to be in town on Marathon Monday—that is, the day the Boston Marathon takes place (typically the third Monday in April, but it takes place in October in 2021)—be sure to cheer on the runners along the race course.

There are also plenty of kid-friendly things to do in Boston. Both the New England Aquarium and the Boston Children’s Museum offer hours of exploration and discovery. Kids will also love touring The Freedom Trail—book a tour or download the map and explore the sights and stories of the American Revolution at your own pace. Finally, be sure to take a stroll through Boston Public Garden and snap a photo of the kids with the iconic Make Way for Ducklings before you leave.

Adults only? Bostonians love their breweries, and you will, too. Choose from big names like Sam Adams and Harpoon, regional breweries like Trillium Brewing Company and Night Shift Brewing, or opt for microbreweries like Idle Hands Craft Ales, Lamplighter Brewing Co., and Aeronaut Brewing Company. Tour. Taste. And thank us later.

Are you more of a shopper than a sipper? Head to Faneuil Hall Marketplace and Quincy Market for an abundance of outdoor shopping and all-ages entertainment, such as street performers, live music, and more.