You’ve cruised to the Caribbean, around the Greek Islands, down the Danube River in Europe, and maybe you’ve even made it to Antarctica – what’s left for you in the cruising world?

Why not head north, waaaay north; high above the Arctic Circle lays Wrangel Island. It might just be the last new place on earth to cruise. Even though it’s remote, it just got a little easier to get there. Heritage Expeditions is sailing a new ship from Nome Alaska to Wrangel starting in their 2022 season!

This unknown island at the top of the earth, has been in a tug-of-war between the US, Russia, and other countries throughout history, with it now ultimately part of Russia’s Far East. You might have heard of Wrangel Island due to its tragic expedition history with the famed and failed last voyage of the Karluk, but presently it’s home to some of the most rare and endangered animals, and landscape in the world. 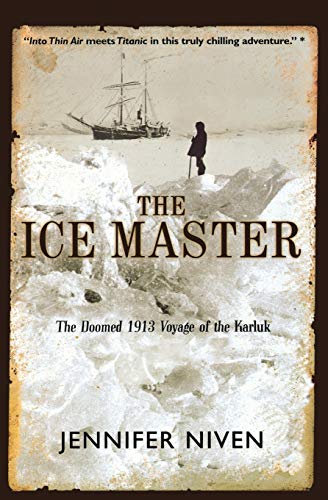 The island boasts the world’s largest population of Pacific walrus and the highest density of polar bear dens. It is a major feeding ground for the grey whale migrating from Mexico and the northernmost nesting ground for 100 migratory bird species, many endangered. Currently, 417 species and subspecies of vascular plants have been identified on the island, double that of any other Arctic tundra territory of comparable size and more than any other Arctic island.

Wrangle Island was named a UNESCO World Wildlife Heritage Site in 2004, this island is a unique jewel in the High Arctic few people get to experience.

If you are going to the last place on earth to cruise, then of course don’t expect this to be your typical cruise ship! I was a passenger on Heritage Expedition’s Spirit of Enderby, a Russian Polar Expedition ship based out of New Zealand.

Heritage is known for their trips to introduce you to the remote, unknown places like the Subantarctic islands I went to a few years ago (LINK) and seldom seen islands and cultures in Melanesia (LINK).

Expedition cruising is more rugged, unplanned, and unpredictable than the typical cruise that you may be used to. Granted, you still do eat like a royalty, however the ship I was on was small and basic. I stayed in a basic cabin with 2 bunks, a desk, and sink. The ship held 50 passengers and an expedition team.

Heritage Adventurer – A New Ship for 2022

Heritage Expeditions used the Pandemic to make big changes – they acquired a new flagship vessel for their polar expeditions! I loved the Spirit of Enderby, but it certainly wasn’t for everyone. However, the new Heritage Adventurer will provide a mix of expedition style travel and a touch of elegance.

The Heritage Adventurer is Often referred to as the ‘Grande Dame of Polar Exploration’ due to her celebrated history and refined design, she was purpose-built for adventure in 1991 at Finland’s Rauma shipyard and specifically designed for Polar exploration.

As the new flagship, the Heritage Adventurer will sail with 140 guests and will be going to beyond the Arctic and Antarctic circle on all of the Heritage Itineraries.

5 Reasons to Cruise to Wrangel Island

1. Rare Wildlife to View and Photograph

The island has been referred to as the Polar Bear maternity ward in the past because it has the largest population of denning polar bear freely making Wrangel Island their home for a few months. Some days we’d take the zodiac out and see more than 10 in one area.

Plus, the crew is excellent at educating you about Polar Bear safety as well as the current challenges the bears face with the disappearing ice. In fact one of the few areas where the United States and Russia actually work as a team is on polar bear research around Wrangel Island.

The expedition team is made up of PhD’s of botany, marine biologists, expert birders, biological scientists, as well as multi language speakers who grew up in the Chokotka region of Russia we traveled through. You will most definitely walk off the ship smarter and more informed.

This trip to the Russian Arctic is a birders dream; Cormorants, Snow Geese, Kittiwakes, Puffins, Snowy Owls, Guillemots, and more. Plus, you’ll see some of most densely populated bird cliffs in the world.

Stop at remote villages in the Chukotka region and see how life above the Arctic Circle is accomplished. The villages are a mix of Eskimos, Chukchi’s, and Russians.

These remote villages are few and far between and the Heritage Adventurer passengers are really the only exposure to tourists they will get all year, so they really know how to put on a show!

My visit to Lavrentiya was full of pomp and circumstance as the locals put on a cultural dance demonstration, and laid out a feast of local food for us to try; whale and walrus meat, tundra berries, donuts, tea, and tundra salad.

My day in Lavrentiya meeting and interacting with the locals was a highlight for me.

3. Setting Foot on the Tundra Landscape

Life happens close to the ground in the Arctic. There is a massive amount of plant life, but you have to look quickly as life on the tundra is very short! The soft, spongy arctic tundra is a fascinating landscape to see – and walk on.

In July/August the tundra flowers are in bloom. Nothing grows on the Artic Tundra over 2 feet, so it appears rather barren, however it’s a carpet of beautiful, colorful flowers and trees if you look closely on the ground.

During the cruise we landed whenever the coast was free of polar bears, and were able to do some long tundra walks and hikes making us appreciate this harsh, but beautiful environment even further.

Fireweed growing close to the ground on the tundra

4. Cross the Bering Strait and the Arctic Circle

When I cruised to Wrangel Island our journey started in Anaydr Russia. We chartered a small flight from Nome Alaska to Russia and boarded the ship in Russian.

However starting in 2022, getting to Wrangel Island has become a bit easier. The Heritage Adventurer will start the cruise from Nome Alaska and sail through the Bering Strait. This cuts out a pretty expensive charter flight!

Plus – this means you can also extend your trip in beautiful and quirky Nome, which is one of my favorite remote destinations in Alaska! Nome is a quirky town where you can experience the real Alaska life. There are plenty of unusual things to do in Nome if you extend your trip.

5. Go Where Few People Have Gone Before

I know that traveling to remote destinations isn’t for everyone; however, for those who do love it (like me), Wrangle Island is one of the gems of remote travel. The only way to get to Wrangel Island is by an Expedition Cruise and very few permits are given to cruise companies.

No one knows what the future holds for travel permits to this region, so go now when you can!

Among the new protocols, from 1 November 2021 Heritage Expeditions requires every guest, crew and staff member on board its vessels to be vaccinated with a WHO-approved COVID-19 vaccine. Heritage Expeditions continues to monitor all guests prior to boarding and full vessel sanitization between voyages.

“As one of the few cruise companies who have been able to successfully and safely operate in spite of COVID-19, Heritage Expeditions has a proven track record of ensuring the safety of all guests, expedition staff and crew while onboard. We are taking what we have learned and amplifying it in order to continue to protect everyone who boards our vessels,” explained Aaron Russ, owner and expedition leader.

Be sure to check out all of Heritage’s Russia’s Far East itineraries for incredible wildlife in this little seen part of the world. In addition, Heritage runs a Northeast passage cruise going for 21 days. Only a handful of passenger vessels have ever completed a transit of this waterway, but recent changes in the summer sea ice conditions mean that it is now possible for a brief time each summer.

I understand many people aren’t yet ready to cruise, however whenever I get a chance to cruise with Heritage Expeditions I will! I know they will take me somewhere off the beaten path and expose me to things I’ve never seen or heard of before.

And that’s why I travel – to learn new things and satiate my curiosity.

Mark your calendars for next summer for the ultimate cruising location, head north…way north… on an expedition cruise to Wrangel Island.