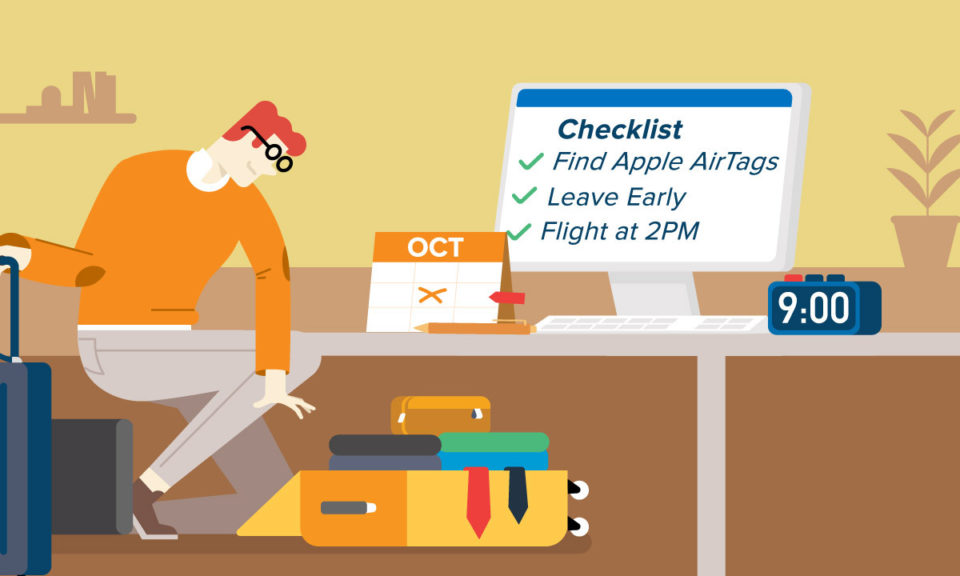 
Cancellations, and crowds, and costs—oh my. Americans (re)learned a valuable lesson this summer: Expect the unexpected when it comes to travel.

Last month, we asked more than 1,700 U.S.-based TripIt users about their recent and upcoming travel plans. According to our survey data, nearly all Americans (97%) traveled in the past six months. Domestic air travel was the top method (82%), followed by a road trip with a personal car (59%). More than a third (41%) flew internationally.

And with flying during this season of unprecedented disruptions—that is, staffing issues, delays and cancellations, and lost or delayed luggage—comes wisdom: Almost all travelers (93%) said that they’ll plan differently for their next trip.

What does that look like? And what role will other ongoing factors, such as inflation and COVID-19, play in the trip-planning process? Here’s what travelers had to say.

Our data shows the possibility of flight cancellations, delays, or changes is the new top worry for travelers, with 70% of people saying this will most concern them the next time they travel. This is a jump of 29% from survey data we released in June.

Meanwhile, the cost of travel (34%) and the possible need to cancel or change a trip due to COVID-19 (33%) were a distant second and third.

It’s not too hard to see why things have changed: More than half (57%) of those who flew in the past six months experienced some type of disruption.

Interestingly, 73% of respondents who experienced a disruption neither received nor asked for compensation. And perhaps that’s merely a result of people not knowing how: The new Department of Transportation Airline Customer Service Dashboard aims to help travelers ask for some type of compensation when something does go wrong.

Disruptions—whether experienced first-hand or read about in media headlines—have ultimately caused travelers to plan differently: Nearly all respondents (93%) said they’ve changed their behavior when it comes to preparing for a trip.

Road trippers aren’t exempt from disruptions either. For more than a third (36%) of those who traveled by car in the past six months, hiccups impacted their trips, too. Of those who experienced car travel disruptions, 29% paid more for gas than expected, 17% grappled with longer-than-expected traffic times, and 10% said their rental car wasn’t available as expected.

And when it comes to disruptions, weather can often play a role: Our data shows that 12% of travelers were impacted by extreme weather in the past six months.

Speaking of fall trips, our data lends to an atypical shoulder season ahead. That is, the usual characteristics of shoulder season—fewer tourists, more availability—could be harder to find.

Indeed, our data shows that by mid-November, 85% of Americans plan to travel. Nearly two-thirds (64%) plan to fly domestically; 42% are planning a road trip; and 32% are planning to fly internationally.

As noted above, for one-third of Americans, cost is a major concern when planning a trip. Why? To start, inflation plays a considerable role: more than half (57%) of Americans say inflation has impacted their travel plans in the year ahead.

In addition to impacting travel plans, inflation (52%) is also the primary driver for those travelers who say they’ll spend more on travel in the year ahead. Aside from inflation, travelers attributed rising airfare (49%) and gas prices (29%) to the reasons why they’re spending more on travel.

As for those who plan to spend less on travel—just 13% of people—most (74%) attribute planning fewer trips as to how they’re cutting back on cost.

And what about those who say—for now—that they’re planning to keep spending as normal (51% of travelers)? If prices continue to rise, 78% say they will change their behavior in some way. Many will turn to points and miles as a method of savings (36%), but nearly as many (35%) will resort to traveling less altogether.

Regardless of how much travelers plan to spend, it seems many are holding out hope that prices will fall—especially those who are planning holiday and winter travel. Less than half (40%) of respondents said they’ve already booked their holiday and/or winter travel plans. Nearly a quarter (24%) said they’ll book in September; 17% plan to book in October; 6% will hold out until November.

As for what’s ahead for the remainder of 2022, we expect domestic flights to continue to lead the way with 91% of those with travel plans taking a domestic flight in the next 12 months. This has been a consistent trend since we first reported it in March of this year. It was the first time, since the start of the pandemic, that more travelers said they were planning to travel domestically by plane than by car.

And when they do travel, Americans will be prepared: They’ll arrive with a plan, budget accordingly, and keep their eye(s) out for falling prices.

Methodology: TripIt surveyed more than 1,700 U.S.-based users to understand their past and upcoming travel plans, plus their attitudes and behaviors with respect to travel disruptions and rising costs. The survey took place August 16-22, 2022.