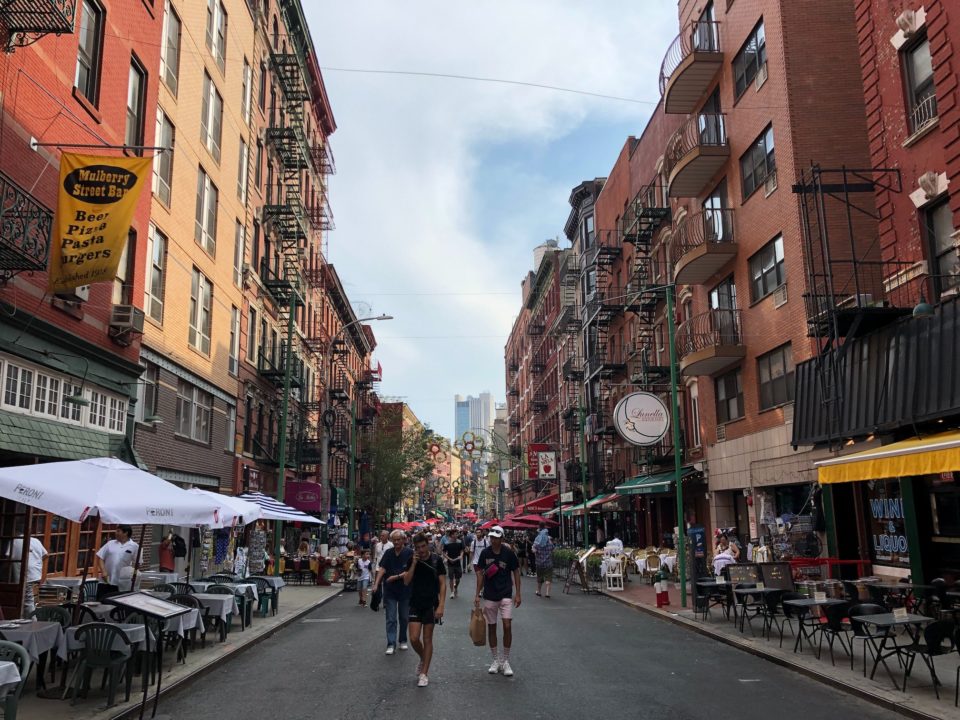 
This summer, cities big and small have opened their streets to pedestrians (and closed them to cars) in order to promote local community and economic benefits. Benefits like, creating a space for outdoor recreation and activities, improving accessibility and mobility, promoting community engagement, and enhancing the quality of life for local residents.

So, whether you’re a local or looking to explore like one, be sure to take advantage of the cities celebrating summer with open streets.

Event routes are one to four miles in length, with free activities provided by local nonprofits, community groups, and small businesses.

Sunday Streets is a program run by the nonprofit Livable City, with a mission of “creating temporary open space and recreational opportunities in neighborhoods most lacking, encouraging physical activity, fostering community-building, and inspiring people to think about their streets as public spaces.”

13 streets. 7 boroughs. Space for dining, biking, walking, art, and more. The city of Montreal, Canada has given the streets back to people this summer. For the full list and schedule of pedestrian-friendly streets, check out this article.

Home to Michigan State University, East Lansing, Michigan is a case study in the economic benefits of open streets. Following the opening of East Lansing’s pedestrian-only Albert EL Fresco, the city’s Downtown Development Authority estimates that the street closure has increased downtown foot traffic by up to 35 percent according to their early data. Restaurants located in the downtown area also saw a 20-25 percent increase in sales in just the first week.

NYC’s Open Boulevards program features multiple blocks in a row closed to vehicles and open to people—and filled with outdoor dining, live performances, and other activities.

The new program will start with ten boulevards, opening on a rolling basis across the five boroughs:

The program will be a permanent fixture in the city.

Planning a trip to NYC? Check out our City Break: Manhattan guide.

The city of Oxford, England’s open street project is drawing life back to its high street—and reinforcing the fabric of its community in the process. Oxford has turned Broad Street into Broad Meadow, opening the street to pedestrians and adding placemaking features like garden boxes, parklet-style seating, and expanded outdoor dining.

The historic street has been turned into a public square for the summer, as part of plans to permanently turn it into a pedestrian-only space.

Downtown Greensboro, North Carolina’s Open Streets program has returned for the 2021 season (they kicked off in March), creating a pedestrian-friendly Elm Street (from Market Street to Lewis Street). Every Saturday through October, visitors to the area can enjoy expanded patio dining as well as shop at local stores, all in a car-free environment.

OpenStreetsPGH is Pittsburgh’s way of encouraging residents to reimagine streets for people and partake in safe outdoor recreation.

This year, the event closed two miles of streets in the Hazelwood neighborhood, and hosted a series of events, including free fitness classes, learn-to-bike classes for kids, food trucks, and more.

The program is organized by Bike Pittsburgh, a nonprofit organization that works on behalf of the Pittsburgh community “to transform the city’s streets and communities into vibrant, healthy places by making them safe and accessible for everyone to bike and walk.”

Amanda Wowk is a freelance writer, founder of Amanda Wowk Creative — a content writing services company — and avid traveler. Her experience spans the travel industry, supporting clientele in travel tech, luxury travel, and consumer brands. When she’s not helping clients tell their stories, Amanda writes about her own experiences to inspire others to travel as far, wide and frequently as possible.