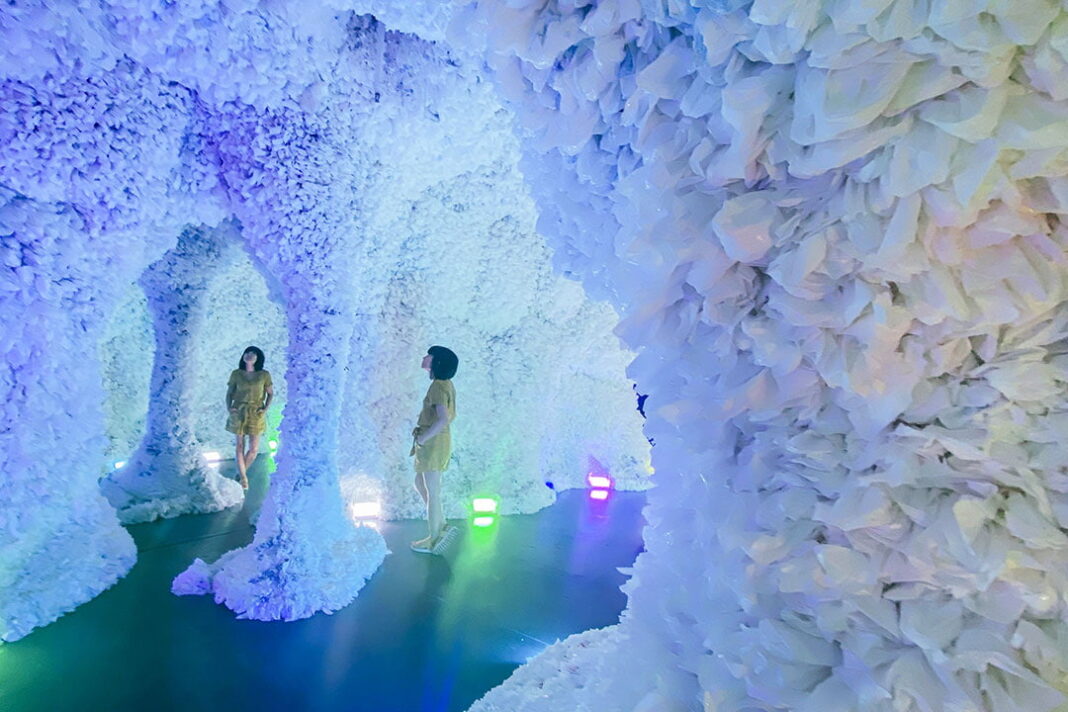 We’ll be the first to admit that we’re not museum people. Sure, we visited the Met in NYC because, well… it’s the Met. But, generally, history and art don’t move us like natural landscapes. Every so often, though, there are exhibits that even intrigue, us, uncultured folk.

If we only had time for one museum in Las Vegas, we would highly recommend the Mob Museum, but our top 3 include the Mob Museum, Meow Wolf, and National Atomic Testing Museum.

If you’re an IGer looking for pretty photo ops, MODs is your best option. People also love the Neon Museum, but they have strict photography rules.

The Mob Museum is our favorite museum in Las Vegas. It is located in what used to be a federal courthouse and post office, and they include fun interactive exhibits. The museum takes you through the fascinating history of organized crime from the beginning to the present day. It has a nice flow and tells you stories from both sides, law enforcement vs the Mob.

To top it off, there is a speakeasy in the basement where you can enjoy creative drinks and taste liquor distilled right there.

Local Tip: There is a secret door to the speakeasy on the backside of the building near the parking lot. Find the password on their Instagram stories.