To Travel The World
Home Travelling I’m Pregnant! How I Really Feel about Motherhood and How I Decided... 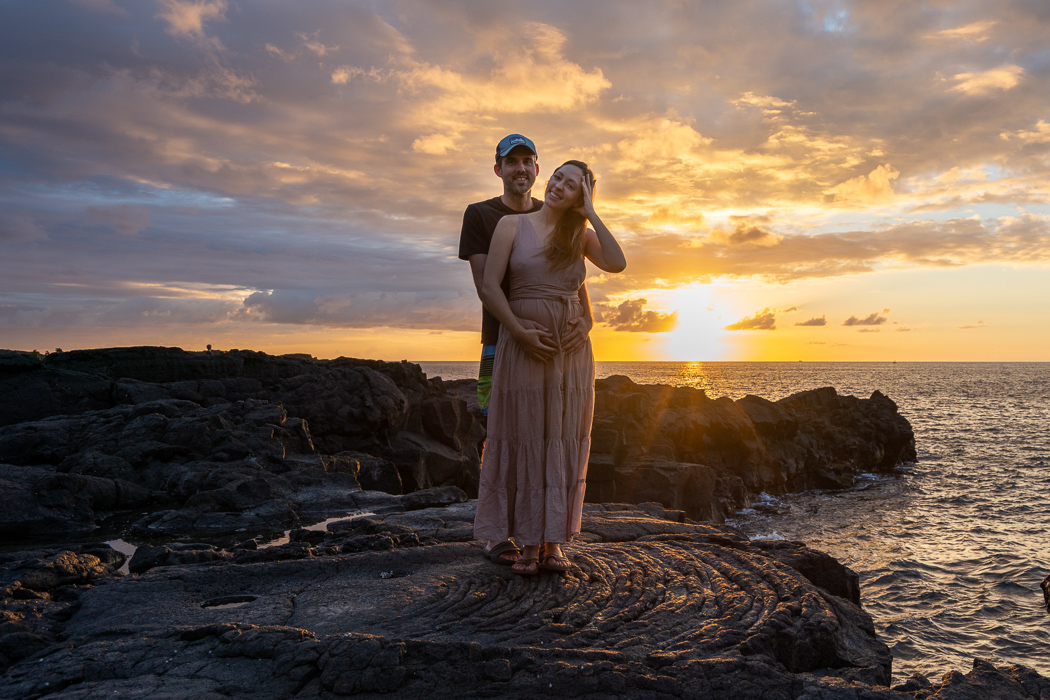 And although I’m thrilled and this is what I want, I’ve also had terrified moments, and the decision to become a mother was in no way easy for me.

Over the years, plenty of people have asked me when I will settle down. I’ve always disliked this phrase and its implied finality, as I do not believe in ‘settling’ nor moving downward.

It’s as if there is a predefined box that we are expected to fit into, and there can’t be any other options.

But there are. There are infinite options, and that’s what made this choice a tough one.

My Path Towards ‘The Decision’

It often seems like there are two kinds of people in this world – those who just know they want to be parents, and those who are strong in their conviction that they do not.

But there’s a lot of middle ground, a land of ‘I’m not sure‘ that I suspect most of us fall into.

I’m not one of those people who always knew she wanted to be a mother. I was deeply conflicted about the whole affair up until a month before conception.

My 20s were a time for self exploration and there was no room for anyone else. My early 30s were a time for healing and soul searching, and I shelved worrying about parenthood until I found a partner with whom I could see a future.

(Which is not in any way to say that a partner is required for motherhood. I grew up with a single mother and she rocked it. Single motherhood can happen when we plan for the opposite. That said, a partner was a prerequisite I personally wanted).

I’ve lived much of my life without making too many future plans. I’ve never believed in them, because things are always changing in life that steer our course. When quitting my old job to travel, moving countries, or making what felt like big life changes, I always told myself nothing was a forever decision. But parenthood? Parenthood is.

And let’s be honest, nobody can make this monumental decision for you.

There was so much to consider. I have often observed motherhood as a great struggle. Plus, for most of my time on earth I have not been ready. At 35 years old, there has been no time in my life until right now that I felt like I was ready to pursue motherhood.

Even leading up to the final ‘decision’ I was weighing things meticulously.

For years I’d been asking the people I know with children to give me their honest opinion on parenthood. A couple of them have actually told me not to do it, and most of them have answered very honestly that it’s not for everyone and that it’s the hardest thing they have ever done.

But the women I’ve admired the most have told me it’s the best thing they’ve ever done, too.

A few months ago I asked on my Instagram stories for parents to give me the dirt. Was parenthood really worth it, and would they do it all over again if they could make the choice a second time?

I was flooded with responses, many of which were beautiful and encouraging.

It was my most viewed story of the past several years, resulting in more DMs, responses, and ‘me toos’ than anything I’ve asked lately.

All this was helpful, but didn’t make the decision for me, because there were so many options I could see besides parenthood, too.

I spent my early 30s on a more spiritual path, seeking to heal where I needed to and becoming radically honest with myself. When I was in my deepest meditations, my most connected states, and the times when I felt like my highest self, I heard a whisper.

Have a child. Teach them to make this world a better place.

Really? I’d wonder. That’s what I’m meant to do? That had never been part of the plan and I wasn’t asking the question, yet there was an answer.

The thing is, there will always be that path you don’t take. Throughout our lives we make tiny decisions all along the way that steer our course.

I could see my childless life extending far into the other direction, sleeping as much as I wanted, making spontaneous decisions, and having total freedom. I’ve been fortunate to have this option ever since I was 26 and started this blog. I put in crazy, often 80-hour work weeks for most of the past 9 years, but I did it while seeing the world and becoming the best version of me in the process. I got to see over 60 countries, backpack and hitchhike in many of them, and make connections I never dreamed of. I am so beyond grateful for those years and experiences. I’m enormously privileged. Building my business, which has also been my baby, was more than enough for me for the past nine years.

But everything has diminishing returns. People used to tell me a life of traveling eventually gets old and I thought they were just being negative Nancys, but I believe them now.

When I examine the path of not having children and doing more of this in the future, I struggle to see it with clarity. I have loved the spontaneity, but I don’t know if I’ll be satisfied with it for another 50 years.

I want to see a change. I want to see a new adventure that is unlike anything I’ve known yet. I want to see the world through a child’s eyes. They inspire me with their ability to be so in the moment, so unselfconscious, and to imagine that anything is possible.

By thinking about what I might regret, it has helped me to see that I would regret not having a family.

But Honestly, I Have Struggled

Truthfully, I only want motherhood a tiny bit more than I want the childless path. And in my vulnerable moments, I’m deeply alarmed about how it’ll go.

What if I’m not a good mother? What if I do my absolute best and my kid still doesn’t love me? What if I fuck it all up?

I turned to G on the beach the other day observing a screaming child and said, “are we like, sure about this?”

Which, fairly, alarmed him.

I am excited. Don’t get me wrong. This was not a ‘surprise’ and was very much planned and wanted. But though I have never been the worrying type, I find myself worrying about every step of this pregnancy. The first trimester was the worst, continuously googling miscarriage symptoms and badgering my partner, whose a physician, with ‘is this okay?’s.

She helped me remember why I listened to the call I felt so deep in my soul, reflected in the world around me, that this was the right time and I was the right person. She helped remind me that this is about something beyond me, something bigger than myself. And that no matter what the outcome, this child should feel nothing but love from day one.

I know a lot of people think this means everything changes, and it will. My other life will go in the other direction unlived like so many paths I didn’t take. And it’ll be ok.

I know life won’t just be about me and G anymore. But I also don’t believe that life as I know it will end and I’ll have to give up adventures. I never thought that’s what it would mean for me, and I think the beauty of the world is that it can be shared.

I know there are people out there who are thinking, ‘Oh, you’ll see! Pretty soon everything will change and you won’t be traveling anymore!’ A lot of naysayers didn’t think a woman should travel alone, didn’t think I was smart for leaving investments behind to become a travel blogger, and didn’t think I’d ever find stability or a relationship with my lifestyle. But the difference between me and them is I never believed in those limitations for myself. And I don’t now. We often put the roadblocks in our own way, and it’s okay if people don’t believe I can do what I set my mind to, because the only person whose beliefs matter are mine.

I still sometimes worry about what’s ahead of me. What am I saying no to? But more importantly, what am I saying YES to? What doors could open because I did make this decision? What beautiful things will I experience because I decided to heed that inner voice who has never been wrong?

With every step I’ve taken into the unknown, the things that were the most stressful and difficult for me to do, that require the most faith, have always been the most rewarding of all.

So here’s to the biggest adventure yet – motherhood.