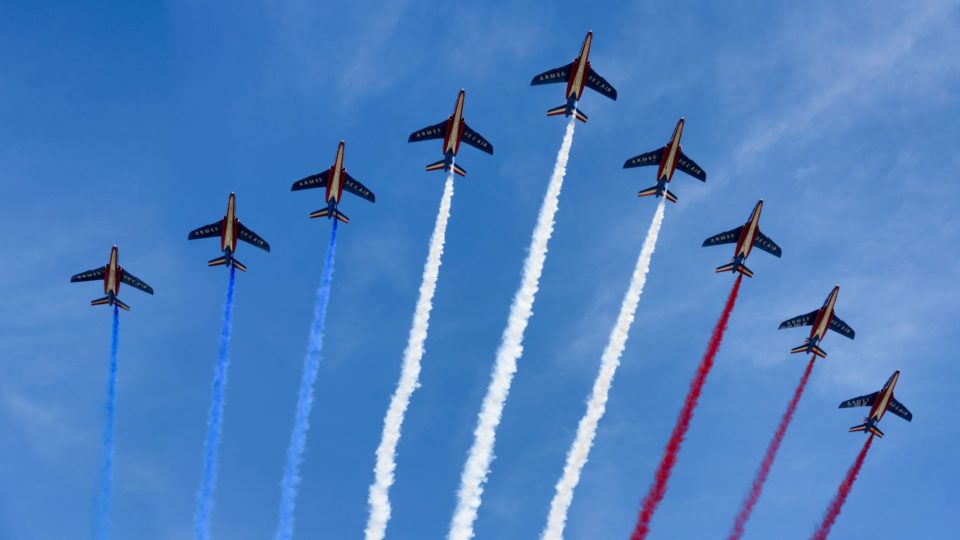 
While the Fourth of July celebrates American independence, this year, American travelers are choosing to celebrate by exploring outside the homeland.

TripIt analyzed U.S. origin flight, rental car, lodging, and vacation rental reservations made by our TripIt users for Fourth of July weekend 2022 and compared the findings to the equivalent booking period in 2021.

We found that nearly 40% of all flight reservations during the holiday weekend will be to international destinations as Americans make up for lost time due to pandemic-era restrictions. We also found that major metros continue to see a tourist revival, though destinations known for open spaces and outdoor adventures continue to draw crowds, as well.

Current Percentage of Flight Reservations Compared to Year Prior

As seen increasingly during holiday periods—most recently, Memorial Day Weekend 2022—airports can expect crowds. With reduced staff across the board—from security and concession to flight attendants and pilots—travelers can expect long lines and should be prepared for potential delays.

We expect the busiest airports to be:

Those departing from these airports should allow extra time, especially if their flight is on Friday (7/1), the busiest day for departures, or Tuesday (7/5), when most travelers will return. For the top-five most popular airports, the busiest hours for departures (and when you should be careful to allow even more time) will be:

While flights overall saw more than a 2X increase, international travel continues to make the strongest return with more than 4X the number of international flights booked compared to last year, accounting for nearly 40% or all flights departing during the holiday weekend. This builds on the trend we saw during the Memorial Day 2022 when a third of flights were headed abroad. In fact, London is the number one destination, followed by Paris (#7), Cancun (#12), Barcelona (#18), Rome (#21), Lisbon (#22), and Amsterdam (#24).

Speed bump at the pump

Despite record-high gas prices, demand for rental cars remains. While we don’t see as strong an increase YoY as we’ve seen in the past, we do see an increase in reservations, nonetheless. And while big cities rule the top 25, a few less-expected destinations make the list as well, including Anchorage, (#16), Saint Paul, MN (#17), and Santa Ana, CA (#21).

We see a similar mix of big city and great outdoors when it comes to hotels and vacation rentals as well.

Big cities continue to call it a comeback, with New York City reclaiming its number one spot for hotels, New York City (#2) continues its climb back to #1 for hotel reservations, where it reigned pre-pandemic. Chicago (#3), Seattle (#5), San Francisco (#6), Los Angeles (#10), Washington, DC (#11), and other major metros also made climbs within the top 25 for lodging. Meanwhile, Anchorage (#13), Denver (#14), and Yellowstone (#19) remained, despite some decreases in rankings.

Methodology: TripIt looked at U.S. origin round-trip flight reservations made between June 1, 2021, and June 1, 2022, for travel over the Fourth of July holiday (Friday, July 1 – Tuesday, July 5, 2022), and equivalent booking periods in 2021. Reservation data in TripIt is provided by users and is booking provider agnostic.

Stay one step ahead from planning to landing with the world’s highest rated travel organizing app. Unlike other travel apps, TripIt can organize your travel plans no matter where you book. Simply forward your confirmation emails to plans@tripit.com and in a matter of seconds, TripIt will create a master itinerary for every trip.